When We Discovered We Were Codependent, We Were Shocked 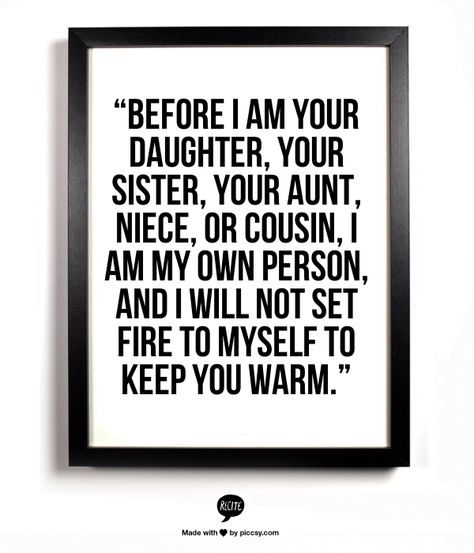 “Codependent people need external sources (things or other people) to give them feelings of self-worth. Often, following destructive parental relationships, an abusive past and/or self-destructive partners, codependents learn to react to others, worry about others and depend on others to help them feel useful or alive. They put other people’s needs, wants and experiences above their own.”

“In fact, codependence is a relationship with one’s self that is so painful a person no longer trusts his or her own experiences. It perpetuates a continual cycle of shame, blame and self-abuse. Codependent people might feel brutally abused by the mildest criticism or suicidal when a relationship ends. In his 1999 book, Codependence: The Dance of Wounded Souls, author Robert Burney says the battle cry of codependence is: “I’ll show you! I’ll get me!”” Daniel Ploskin

As I have written before, I didn’t know (which really means accept), I was codependent until my last divorce which happened in 2009. I was 69 years old. My alcohol addiction began in 1976. Over the years, I have given up several other addictions. But I had been thinking that codependents were the enablers for the addicts. It was only after I decided to find out why I wasn’t emotionally destroyed when what I thought I had feared the most — abandonment — didn’t destroy me. I was free but I wasn’t happy. Why?

“I discovered the idea of codependence last year around August. I was displeased with my daughter’s choice of boyfriend, as I had been in the past, and was looking for reasons why she seemed to have fallen in love with the same personality — again. Google is one of my best friends, so I used it to search for specific traits that I’d noticed in both her current and former beau.

No matter what phrases I used, codependence popped up. So, I clicked on a link and read the characteristics.”

Jeez Louise! You know those movies that show people’s lives flashing before their eyes prior to their deaths? That’s how I felt reading this list of descriptions. It was as if someone had written an outline of my life. I stopped worrying about my daughter and the men she’d chosen and instead began reflecting on myself and the choices I’d made from childhood through adulthood. The proverbial light bulb went off and I realized (as my sister once said) I’d been codependent as f — k!”

From Another Turning Point:

“This morning, there was another shift from within. It was almost as if I’m beginning to stand a little beside myself, little by little. An inch here, and then another. Sort of a dissociation from the Old Me, in phases.

The book-smart knowledge I gained was that I am indeed codependent after all. I had thought that I wasn’t, as I’d retained my sense of self, spoken up about my needs and wants, refused to enable anyone else’s addiction or other self-destructive behavior, and so on. I knew that I’m responsible for myself, and other people are responsible for themselves. There was a line drawn there, and I thought I was in the clear.

However, what I did not know, was that my impression of codependency was egregiously outdated. I had perceived and understood it through its original context, which was that of addiction, and spouses of addicts, who flop over backwards and enable the addict to continue doing what they do. The codependency term has since been expanded (a lot) to include anyone who has a need (such as to be loved, validated, complimented, etc) to be satisfied outside of oneself — that love, validation, compliments, recognition, and so on, don’t come from within.”

From Codependent: An Epiphany:

“In my last blog I talked about my usual social media dislikes. My thoughts always seem to be an analysis of other people. And mostly the things I don’t like about them. So, I usually set out to figure out what it is that drives me crazy about people in general. But what I don’t always tell you is that there is rarely a time when I don’t learn something about myself. Sometimes it’s little things, like “I’m clearly giving this entirely too much thought.” And then there are big things. Like what I learned writing my last piece. I am codependent. And I’m textbook. But it’s cool. I’ve got this.

There was a time when this would insult me. Actually, I recall my ex-father-in-law telling me this directly about fifteen years ago. I recall my brain exploding. “How dare he!! I am NOT codependent. I’m self made. We’re equals. Plus I earn more than my husband.” My thoughts went on and on only to wind up here — fifteen years later and wildly underwhelmed with my younger self. I actually just said to myself, “Meh. He was right.”

I remember his tone rather well. It was somewhere between trying to enlighten me and completely exhausted by the steady stream of excuses I made for his son. While I was a total disaster, I can say that looking back, he definitely could have handled it better. I regarded him and saw him as a confidant. Surely he knew how fragile his pupil was. Which is why he had engaged with me — to help me. Perhaps he could’ve explained what he meant, rather than becoming frustrated and curt. (This is why going to an actual therapist is valuable, rather than talking with people who think they missed their calling.) But I wouldn’t have heard him anyway. Even if I had, it wouldn’t have resonated as deeply as it does now.”