You are the Observer of Your Thoughts. Don’t Allow Your Ego to Run the Show. 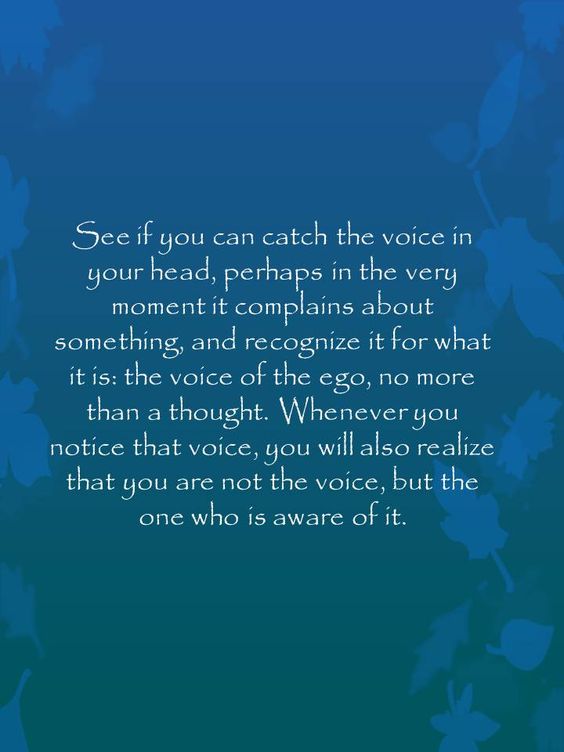 “The untrained mind lacks wisdom. It’s foolish. Moods come and trick it into feeling pleasure one minute and suffering the next, happiness then sadness. But the natural state of a person’s mind isn’t one of happiness or sadness.

The mind gets lost, carried away by these moods with no idea what’s happening. And as a result, we experience pleasure and pain accordingly, because the mind has not been trained yet. It still isn’t very clever. And we go on thinking that it’s our mind which is suffering or our mind which is happy, when actually it’s just lost in its various moods.

The point is that really this mind of ours is naturally peaceful. It’s still and calm like a leaf that is not being blown about by the wind. But if the wind blows then it flutters. It does that because of the wind. And so with the mind it’s because of these moods – getting caught up with thoughts.

If the mind didn’t get lost in these moods it wouldn’t flutter about. If it understood the nature of thoughts it would just stay still. This is called the natural state of the mind. And why we have come to practice now is to see the mind in this original state.”       Ajahn Chah

When I started my addiction recovery in 1976, one of the first things I earned to do is called cognitive restructuring. Simply put, I had to relearn how to think. I learned how to be what I call my observer self.

I never realized that my way of thinking everything was a major disaster was contributing to my life’s disasters. In other words, I was creating the drama and not just reacting to it. So I learned that if I created the drama, I could uncreate it.

Negative thinking or fear controlled my mind and therefore my emotions. I also have learned that feelings can’t hurt me unless I hold on to them.

I learned that my ego was out to get me; or, at the very least, my ego was out to control me. I think that I was addicted to feeling bad because I didn’t think I deserved better. The main reward from negative thinking is low expectations of ourselves. If you think you’re not worth much, you don’t have to achieve much.

Creative visualization can be used to receive any change you want in your life. Most of the time, we have in our lives what we want in our lives. To have something you really want in your life, write down your desires in short, concise sentences. Each day, read this list aloud several times.

Change it as often as you’d like. The changing of it is a sign of how much you are coming into agreement with your desires. Use assertive terms such as: I want–I believe–It will–I want–I do.

From “Use This Method to Get in Touch With Your Observer Self“:

Acceptance and Commitment Therapy (ACT) is effective because it teaches us to not add fuel to negative emotions. Trying to change them is futile and a waste of energy. Think of a large checkerboard with large black and white chess pieces. These chess pieces are our emotions. One is not better than the other.