Relapse May Be Undocumented Mental Illness 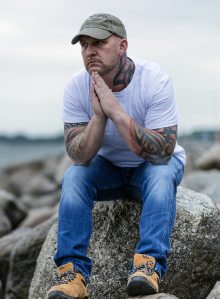 “There’s a peculiar thing that happens every time you get clean. You go through this sensation of rebirth. There’s something intoxicating about the process of the comeback, and that becomes an element in the whole cycle of addiction. Once you’ve beaten yourself down with cocaine and heroin, and you manage to stop and walk out of the muck you begin to get your mind and body strong and reconnect with your spirit. The oppressive feeling of being a slave to the drugs is still in your mind, so by comparison, you feel phenomenal. You’re happy to be alive, smelling the air and seeing the beauty around you…You have a choice of what to do. So you experience this jolt of joy that you’re not where you came from and that in and of itself is a tricky thing to stop doing. Somewhere in the back of your mind, you know that every time you get clean, you’ll have this great new feeling.

Cut to: a year later, when you’ve forgotten how bad it was and you don’t have that pink-cloud sensation of being newly sober. When I look back, I see why these vicious cycles can develop in someone who’s been sober for a long time and then relapses and doesn’t want to stay out there using, doesn’t want to die, but isn’t taking the full measure to get well again. There’s a concept in recovery that says ‘Half-measures avail us nothing.’ When you have a disease, you can’t take half the process of getting well and think you’re going to get half well; you do half the process of getting well, you’re not going to get well at all, and you’ll go back to where you came from. Without a thorough transformation, you’re the same guy, and the same guy does the same shit. I kept half-measuring it, thinking I was going to at least get something out of this deal, and I kept getting nothing out of it”          Anthony Keidis

1.From “Recovery from Alcoholism: Way More than Not Drinking“:

I was lucky, though.  In early sobriety, I became so miserable without alcohol that living sober became utter torture: I hated being Louisa.

In those days, when I wasn’t working my meaningless data entry job, I found it impossible to get out of bed, at worst, or out of my sweatpants, at best.  So annoyed was I by my happy alcoholic housemate’s assertion that my heart was suffering from a “god-shaped hole” that I went back to AA meetings and got a kick-butt sponsor just to spite him.

That sponsor impressed on me the crucial importance of seeking god, and seeking god changed everything.  In my case (which, as my addiction memoir attests, was a weird one), god kept popping into my life via a series of paranormal experiences until I finally surrendered to the truth I live by today: god is real, everywhere, always.

My god is the god of nature and biology; the god of life energy; the god of love.  It’s a goodness beyond our wildest imaginings, one that can upstage our ego’s grandiosity as well as self-hate.  God can empower us to love others and life itself so intensely that just being is an overwhelming privilege. As my sponsor Nora says, “I feel more joy today just walking half a block to drop a letter in the mailbox than I did before in all my fanciest vacations put together.”

For me, this love of life’s poignant richness that drowns out my inner demon’s insults can be accessed only through god-aware eyes.  To maintain that vision, I have be up front with god constantly: I need to live by the highest ethics I can muster, eschew lying, and follow the Golden Rule.

In good times, I must offer goodwill as if I had an infinite basket of it (cause I do).  In hard times, I must never succumb to the illusion that my struggles are unique.  AA meetings make both possible.

2.From “Recovery Rising Excerpt: Relapse of an Old Friend”:

Sally and David Brown published a biography of Marty Mann in 2001 that contained a bombshell. The bombshell was not the public revelation of Marty’s sexual orientation and long-term relationship with Priscilla Peck—a fact long known in AA and recovery advocacy circles. No, the real bombshell was that Marty Mann, the founder of the nation’s premier alcoholism-focused public policy organization and who for decades was the face and voice of alcoholism recovery in America, experienced a recurrence of drinking after more than 20 years of recovery during the time she served as the country’s leading recovery advocate. That revelation stirred my interest in the phenomenon of addiction recurrence after prolonged recovery—a subject that had haunted me as a result of the tragic outcomes of such cases I had witnessed over a lifetime in the worlds of addiction treatment and recovery. The problem of addiction recurrence after prolonged recovery—a subject that was virtually missing from the scientific literature—confirmed anew just how little we as a professional field and culture knew about the processes and pitfalls of long-term recovery.

As part of the IVF they include two counselling sessions if you end up in the place we found ourselves in. Within a few minutes of our first session our counsellor had nailed it as far as where I was – she said to Gemma that ‘Simon is in his cave and that until he’s ready to come out leave him be, let him come out in his own time.’ In other words I had withdrawn from the world and to a lesser extent my wife. I was angry, I was upset and I was frustrated that this was a problem I could not fix however much money I threw at it. The trouble was that cave was a dark place, and over the next few weeks as I remained in that dark ‘cave’ angry at the world, I began to spiral downwards into a much darker place in my life.

Until this point I had never had depression. I didn’t really know what it was, I thought it was something they labelled people when they felt a bit down. As the days and weeks went on after Gemma’s miscarriage I became more and more detached from what was going on around us. I struggled to be around close friends. The church we normally went to on a Sunday morning became a painful place to be, and most weeks I would last about twenty minutes before I walked out of the service and found solace in a coffee cup in the nearby shop. I was starting to struggle to even get out of bed. Some days I just wanted to stay there and never get out of it again – the darkness was closing in. By the time we got to Christmas that year I was in a very bad place.

Somehow through all of this I had managed to keep working. I had been put on anti-depressants by my doctor, and was able to carry on presenting the football for Sky. Although I would regularly turn up for work in a bad place there was a bizarre solace in being on air because live TV gave me some kind of temporary release from how I was really feeling. I guess when the program went on air it was flight or fight time and when your job relies on you doing it in front of people, I found a way to fight. The black clouds that felt like they were constantly above my head would momentarily clear and for three or so hours the chains of depression would appear to fall away, but almost as soon as I drove my car out of whichever football ground we had been at, the clouds gathered again. Although I let my producer Jim know a bit of what I was going through (he had also been through IVF with his wife) I kept a lot of what I was feeling to myself. Gemma knew (obviously) and some of my closest friends, but mostly I faced this new battle alone, unable to admit to, or talk about the depression that had taken a grip on my life. I felt totally cut off from the world around me. It was like being in a parallel universe – life carries on as normal around you and you’re part of it, yet you feel totally cut off from it. You’re in the world but not of the world.