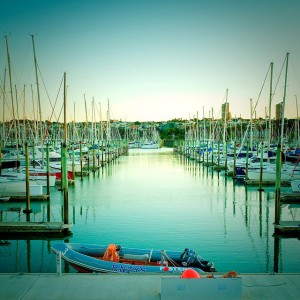 In 1976, when I came to AA, there were few female members. In my 3rdmonth of recovery, I had a profound spiritual experience which I have related in another post. I quickly learned to shut up about God as many members wanted to talk about alcohol only. Being female and a God person almost insured that I wouldn’t have a lot of group acceptance.

The focus for my recovery took a profound change in direction when I discovered ACOA. I have never “forgot” that I am first and foremost an alcoholic and am deeply grateful to be in recovery. Nor have I ever considered myself as recovered. Why change something that works for me?

ACOA (Adult Children of Alcoholics) has gone through several name changes. In 1977, (one year after the beginning in my recovery in 1976), a group of Al-Anon members realized that they were all children of alcoholics. In later years, ACOA became ACA and/or COA.

Up until 1983, any Al-Anon meeting I attended was to help heal that child inside me who grew up in a very troubled family. But when I shared at Al-Anon meetings about my alcoholism, I felt a subtle change in the group of some members feeling that I didn’t not belong in an Al-Anon meeting.

But when I found ACOA or ACA meetings, I immediately knew that I belonged because they talked about feelings. I continued to be completely committed to my recovery with AA groups. But the AA groups were male-dominated groups whose members seemed to be proud of how far they had fallen to their bottoms. So I started attending ACOA and Codependents Anonymous as well as AA.

I can’t find any CODEP meetngs here in Ft. Lauderdale but I notice that several of the AA meetings include AFL (affliated with family) so maybe some CODEP went there. CODEP was the most fun because it was full of the professionals who were there to lead the rest of us.

In continuing my overview of my recovery, the reason that ACOA changed the direction of my recovery is that I had learned as the oldest child in the alcoholic home to be the parent for my parents. This over-developed sense of responsibility contributed to my feelings of guilt about my own recovery. At ACOA, I learned that my feelings weren’t right or wrong or good or bad, but were simply feelings.

It goes without saying that I chose men who needed to be mothered. The sad part is that they tried to be the father I had never had as my Dad was the irresponsible one in our family. Even after years of recovery, my parents stayed united in the belief that if I had just kept quiet, I wouldn’t have had the beatings I did. I never could understand why my opinion was such a threat to them.

In the roles that children adopt in the core family, I was the “family hero” in my doing role and the “scapegoat” in my being role. These roles are part of my Changemaker Test that I created 20 years ago and I have a page explanation for label. The Changemaker Test is on another blog of mine, Learning Your Labels. As the family hero, I worked every evening after school in a drugstore, was on the Honor Society, Junior Prom Queen and editor of the yearbook. But at home, I was referred to as Queenie. When I was friends with my Dad, then I was on the outs with Mom and vice versa. I can remember few times we were all content with each other. I learned to trust no one. Sadly, that mistrust applied to myself also.

The recovery I learned in ACOA was to learn to parent myself. When I started releasing feelings of love and acceptance toward myself, I was finally at ease with myself.

The part of my recovery that I am at now is that the child in the troubled household learns not to compete with either parent. Therefore my adulthood has been a struggle with the main problem in our household—money or a lack of it.

Rather than compete for more money, I have learned to do without. I am frugal by nature but am slowly allowing myself to enjoy the comforts money can buy. I was 74 Oct. 2014 and am reminded of Colonel Sanders. He received his first Social Security check and declared that he couldn’t live on that. So he went taking his famous sauce from place to place all of which later became Kentucky Fried Chicken.

Moving all My Work to Medium

Everything I have on WordPress isn’t going away. It all stays. But I am moving a lot of it to Medium. I can divide my writing among my own publications which are online magazines based on one key topic.

It is much easier for a reader to access what they choose to read as each story gets a 100 word lead into the story.

Addiction Recovery Has Many Paths. Don’t be Afraid to Try Several of Them.

Emotional Sobriety Happens After You Have Healed Your Childhood Self Beliefs