The Double Whammy is Addiction and Depression Recovery 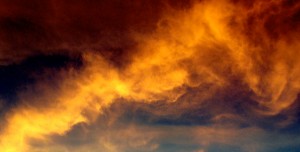 Depression has been called the common cold of mental health. Most people will experience some variety of depression. Those who experiences these feelings to a lesser degree will be convinced that all people can shake off these feelings. But there are many depths to the misery of depression. I always advise that if you have any thoughts of suicide reach out to someone to tell them of your discomfort. If the person you reach out to seems to be dismissing your words, seek out someone else. Call a suicide help line if needed. http://www.suicidepreventionlifeline.org, http://suicidehotlines.net/, or http://hopeline.com

“I will be very brief. He was one of us. In 1997 he disclosed his bouts with depression. As much as anything else, his going public brought out into the open a topic that had been considered taboo. He was a hero, one who lived by his ideal to comfort the afflicted and to afflict the comforted. He was a role model, working into his late eighties, going-going-going. And he remains a legend, long to be remembered.”

2.  From Elisha Goldstein: “A Practice to Wash Away Stress and Misery”:

“Whether we’re in the midst of a storm of anxiety or depression or we’ve come out of the storm but are in fear of relapse, strong uncomfortable emotions can seem like the devil’s spawn that we try our best to ward off against.”

“For many of us there is a fear that these strong emotions will be overwhelming and lead us back into the great abyss of depression or another round of intense anxiety. However, it is in this very struggle of non-acceptance or non-acknowledgment of this feeling that our misery becomes compounded.”

“Although our minds believe they are doing the best thing for us, their acts are often driving the exact habitual mind traps we’re trying to neutralize.”

3. From Wendy Aron: “Are Antidepressants For You?“:

But I believe that most caring, honest and thorough doctors know the difference between sadness and depression and will not prescribe antidepressants for the former. Depression is sadness spiraling out of control. Its symptoms include drastically impaired sleep, total lack of interest in pleasurable activities, persistent feelings of hopelessness and worthlessness, and complete social isolation. Depression may begin with sadness over a difficult life circumstance, like the loss of a loved one, but it becomes an illness at a point where a person has difficulty functioning on a day-to-day basis.

4. From In God’s Hand’s  “Spelunker“:
I used to live in a cave, right in the centre of my chest, kind of behind my heart. This was the place were I used to retreat to when the world became to difficult to deal with.