Accepting Our Shadow Self is Basis of Self-Acceptance 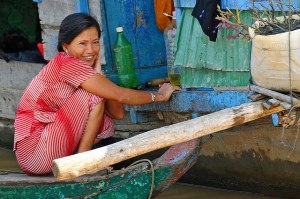 “In my eighty years, I prefer to call that the forty-first anniversary of my thirty ninth birthday, I’ve seen what men can do for each other and do to each other, I’ve seen war and peace, feast and famine, depression and prosperity, sickness and health. I’ve seen the depth of suffering and the peaks of triumph and I know in my heart that man is good, that what is right will always eventually triumph and that there is purpose and worth to each and every life.” [the last portion of this quote is inscribed on his gravestone]
–Ronald Reagan, Ronald Reagan Library Opening Ceremonies

Each of us has an inner guide to show us when we are off target. To sin is to miss the mark. Becoming a valued person takes patience and willingness to accept the responsibility of treating others with the same respect.

But love begins with loving and accepting ourselves. And paradoxically, that means accepting what Carl Jung called our shadow self. Jung believed (from Wikipedia):

“In Jungian psychology, the shadow or “shadow aspect” is a part of the unconscious mind consisting of repressed weaknesses, shortcomings, and instincts. It is one of the three most recognizable archetypes, the others being the anima and animus and the persona. “Everyone carries a shadow,” Jung wrote, “and the less it is embodied in the individual’s conscious life, the blacker and denser it is.”[1] It may be (in part) one’s link to more primitive animal instincts,[2] which are superseded during early childhood by the conscious mind.”

“According to Jung, the shadow, in being instinctive and irrational, is prone to project: turning a personal inferiority into a perceived moral deficiency in someone else. Jung writes that if these projections are unrecognized “The projection-making factor (the Shadow archetype) then has a free hand and can realize its object–if it has one–or bring about some other situation characteristic of its power.” [3] These projections insulate and cripple individuals by forming an ever thicker fog of illusion between the ego and the real world.”

“Jung also believed that “in spite of its function as a reservoir for human darkness—or perhaps because of this—the shadow is the seat of creativity.”

I try very hard to not bad and good in my self-appraisal because I have made the decision to accept the job of making my emotional choices based on self-acceptance. That means loving others now that I have found how to love myself.

The following links offer different ideas about learning to value ourselves and others. From these feelings of value, empathy is born and grows.

Your money or your life–a summary of Chap. 11 from 50 Prosperity Classics: Attract It, Create It, Manage It, Share It (50 Classics)

Coachology: Finally, the men place high value on personal life. Get on the bandwagon

Moving all My Work to Medium

Everything I have on WordPress isn’t going away. It all stays. But I am moving a lot of it to Medium. I can divide my writing among my own publications which are online magazines based on one key topic.

It is much easier for a reader to access what they choose to read as each story gets a 100 word lead into the story.

Addiction Recovery Has Many Paths. Don’t be Afraid to Try Several of Them.

Emotional Sobriety Happens After You Have Healed Your Childhood Self Beliefs