Using Your Need for Control to Organize Your Life 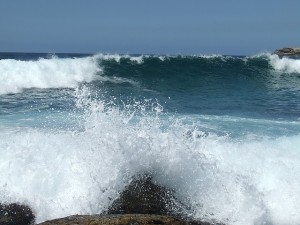 “The truth about our childhood is stored up in our body and although we repress it, we can never alter it. Our intellect can be deceived, our feelings manipulated. our perceptions confused and our body tricked with medication. But someday the body will present its bill, for it is as incorruptible as a child who, still whole in spirit, will accept no compromises or excuses, and it will not stop tormenting us until we stop evading the truth” A. Miller

I had to learn how to loosen up on my need for control. Basically the person I was chocking to death was myself. But I love the fact that I live an organized life with a reduction of stress and worry. I feel I have an unlimited amount of energy to do all the things I want to do. I enjoy tremendously good health. Because I believe that most good health comes from living a stable emotional life, I pay attention to what my feelings are telling.

Some other ideas about control:

Seriously, the more I talk to people and the more I look around, the more I value my experience and my ability to do things that tons of other people can’t do. I may have issues with memory and sequencing and fatigue, but what the hell – in my technical line of work, I can set up automated tasks that can take a lot of the load off me. In fact, one of the things that’s made this current job that much harder, is the manual nature of it — so many things have to be done manually, that should be done by a process or a routine. It’s just not very sustainable, and this I believe is why the company struggles to really break out of its limitations — because everyone is trying to do things by hand (like sort and cleanse data and test and monitor systems) when there is plenty of mature and reliable technology that can do that for them — or help them do it faster and better and cheaper.

But people are very intent on keeping their own little corner of the world intact. If they don’t have control over those things, then they sorta kinda lose it.

In a way, dealing with TBI has weaned me of that impulse. There is so much that I can’t seem to control, no matter how hard I try, and the more certain I am about things, the less likely it seems to be that I’m actually right. So, I’ve had to develop coping mechanisms and also learn to roll with it, when I turn out to be wrong. I’ve had lots of practice with that

The main thing that I have to remember in all of this, is that the people who are pushing and pushing and pushing, are often doing that because their happiness is at stake. They aren’t happy unless they are doing such-and-such, and even then they aren’t happy — they’re striving for happiness. And they think that if they do such-and-such, then they will be happy. At last.

But I’m already happy. So I’m not driven like a crazy person to ACHIEVE quite to the extent (and for the same reasons) that my higher-ups seem to be. Achievement is certainly important to me, but not at any cost, and certainly with more thoroughness and deliberateness and planning and intention, than I see everyone around me using. It’s like everyone is in a constant all-out sprint to get somewhere — but where?

2.  From The Therapist Mumbles: “Something Good”:

At seventeen she met a man four years her senior.  He decided that they should have sex. when her parents realized they were doing that they decided they should get married.  She married him and had four children before she was twenty-two.  She realized that he only used her for sex, and was also having sex with others, so she one day she locked the door and told him if he opened it she would break his head open with a hammer.

He moved to Florida.  Only one of her children ever had real contact with their father., and he took that son for a few thousand dollars.

From then on she took control of her life. She opened a catering business that she ran, very successfully for forty years. She had a staff member write the menus, and she didn’t need recipes. She raised her children by herself and they are all on their own and doing pretty well.  The two who still live close by keep in touch with her often.

She retired five years ago and moved in with one of her daughters. Last year, as her grandchildren were entering adolescence she decided that she did not need to be around the noise and chaos, so she moved into what she thought was elderly housing.  The problem is that “elderly housing” in the city where I work is also filled with many interesting and colorful souls, and her hope of hanging out with some nice older women who would talk about their children, cooking and sewing met the harsh reality.

Healing Your Childhood is the Key to Emotional Sobriety