Learning to Live With Reoccurring Depression 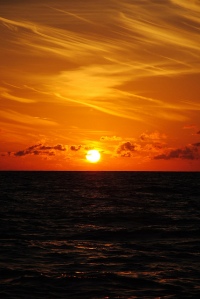 I was officially diagnosed with depression in 1989. At the time, I was working for Charter Hospital in marketing. Although I had been in addiction recovery for 13 years, I had been experiencing clinical depression for over two years.

This week I had to change medications for cholesterol. I changed by stopping taking it, because I had negative reactions to it. Stopping the medication must have interfered with my anti-depressant because I have had depression for the 3rd day now. Today is my birthday so I will be going about my life carrying on as usual. But when you live with depression, you know it may return on occasions.

I treated myself to a quart of strawberries yesterday because fruit, water, and moderate exercise are the three things that help me the most these periods of discontent. I know I have a chemical imbalance and am also genetically predisposed to depression. So I am going to begin writing about it every week.

I am what the medical profession now calls co occurring. It used to be called dual diagnosis because I have 2 disorders—alcoholism and depression. The co occurring label indicates that other medical disorders may also be present. I am lucky. I just have the two.

But depression has defined my life. Although I have had 8 careers, I never really excelled in any of them. I know now that I was always holding something back in order to be able to deal with the demons.

Depression affects 1 out of every 4 Americans. But most episodes are short-lived. Mine is reoccurring and is probably MDD—Major Depression Disorder. I have have all the symptoms.

From Breaking the Cycles: “Mental Illness-What You Need to Know”:

If you wonder if you are depressed, take a simple test. Most depression is self-reported so don’t wait for someone else to diagnose you. Go to your doctor—any doctor can prescribe medication for you. It will take 4-6 weeks to be effective. So begin now to find an easier way of living with depression.