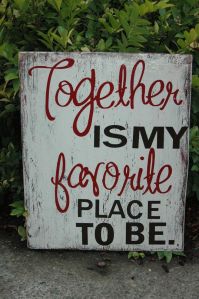 The word respect, or some version thereof, occurred twenty-two times in the What Your Husband Wants You to Know survey.

Reading those, I see what a difficult task you ladies have with this one! Unconditional respect? Don’t treat him like a kid even if he behaves like one?

Part of the problem is the fact men and women are different. We often do not think the way you think. We are more given to risk, and we do things for the pure excitement of doing them. This is not childish; it is who God made us to be. When a man is being a man, his wife will from time to time feel uncomfortable about his actions and choices. This tension is part of God’s plan, and we need to learn to embrace it.

Giving him the benefit of the doubt will go a long way towards his feeling respected. Saying, “Go ahead, but it will not work” feels disrespectful. “I told you so” is the same. Failure is part of how we learn and grow – can you make some room for that?

I understand the idea respect is earned. I also see how difficult that can be in a “prove yourself” atmosphere. I think there is a positional respect due husbands. We respect the office of the President and therefore respect the man even if we disagree with his politics. A similar kind of respect for one’s husband is good and helpful.

Most men feel a deep lack of respect. When you show him respect, it opens his heart to you. And that is a good thing!

For more on this subject, check out Are Love and Respect the Same Thing?