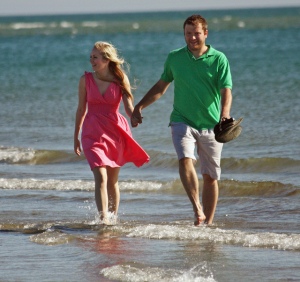 You’ve probably heard it before but Deepak Chopra wants to tell it to you again: meditation can help rev up your sexual energy.

Why is that? Because spiritual energy and sexual energy are the same, he told HuffPost Live’s Nancy Redd.

“They’re both creative energies of the universe,” he said. “You need sexual energy to create a new life, but it’s also the creative energy behind any creative work — whether it’s music or art or science — you have some of the same flavors of experience that you have in peak experience of sexuality. So they’re very connected.”

Chopra noted that by altering the consciousness that meditation brings us to, we inhibit both our sexual and spiritual energies.

“If you take alcohol or substances that suppress your awareness,” he remarked, “then as Shakespeare would have said, it increases the desire but takes away the performance.”

Sex. One of the greatest motivational forces in life. Our sexual impulses control so much of what we do, how we act, and the choices we make. But if not properly harnessed, they can lead to great destruction.

Sexual energy is what drives this urge. It is a life-energy. The vibe we give off when we interact with others. The way a woman speaks or the way a man glares. A mode of communication that transcends even the intellectual and emotional realms of human interaction.

It is a force that we feel.

Yet oftentimes, we channel this energy into… sex. This is important; without sex our species would’ve died out long ago. But if not controlled, this action can create gender imbalances in society. I would argue some of the world’s greatest social, political and economic issues are somewhat rooted in male and female inequality.

Sexual dilemma is arguably the most significant human conflict. It is the way we question the gender roles in any given society: male and female expectations.

Advertisements, TV shows, movies all imply that a woman’s greatest significance is in her sexual allure. Standards of attractiveness may vary by region, but whatever is considered “sexy” is arguably the greatest measure of female desirability throughout the world.

Women are susceptible to these standards. They understand the value of being attractive, and use their sexuality to their advantage. To an extent, this is validating. Flirting with a cop to get out of a ticket. Dressing provocatively to get into exclusive parties. But in the quest to be truly gratified, this rather one-dimensional persona is paradoxically disempowering to women. Any hooker or stripper can attest to this.

Men’s own sexual struggle would render them clueless in this matter. Their intense sexual desires drive them to penetrate as many attractive females as possible, even while they are committed to one. It is a near impossible feat for a man to humanize a woman who has sexualized herself for his validation. He will only use her for sex.

So in the quest to be socially accepted, women are paradoxically self-sabotaging their own empowerment. Men neurologically struggle to multi-facet women who are sexualized, and women fear social rejection if they multi-facet themselves. In the process, qualities that would otherwise yield to women’s full empowerment — intellect, assertion, independence — may not fully develop.

This is actually disempowering for men as well. If a man constantly sexualizes a woman, he is not prompted to develop feelings for her — unless he is in touch with his femininity.

This is not the fault of any one gender: it is merely the imbalance of the two.

So in the process of attracting sex (women) and pursuing sex (men), nothing too significant gets accomplished. What is typically depicted as the most gratifying means of sexual release actually perpetuates “use” and “abuse” in male and female relationships. Women use their sexuality to get what they want, and men abuse that authority.

This is not to imply that sex is wrong or bad. It is a great mode of communication, creating some of the most mind-blowing physical, emotional, and spiritual experiences. It has just been misconstrued as the only satisfying method of sexual release. If not for those culturally imposed standards of ‘sexual’ acceptability (aka gender roles), both men and women would be able to embrace a much wider range of their sexuality.

The cycle can only be broken if we consider other outlets of sexual release. We can then transduce our sexual energy into productive energy. The process is all very specific to the individual — it usually occurs once the current system in one’s life crumbles.

In my own sexual dilemma, I found myself deficient in many areas of life: relationships, jobs, money. I repressed masculine traits that would’ve otherwise empowered me if I hadn’t sacrificed them for social acceptance. Up against the world, I seemed contented — but inside I was dying with the one-dimensional female role I assumed.

So I made a vow that I would change. I channeled energy that was once expended on sexual allure into duty. A purpose. A responsibility. I started writing, created a business, and advocated human rights. All of which allowed me to reveal those masculine qualities I suppressed for years.

Perhaps this makes me less “sexy.” I’m fully aware that assertion, intellect, and independence are not the stereotypical energies that men embrace in women. And women embrace in themselves. Yet I firmly believe we judge in others what we judge in ourselves. And perhaps our aversion to certain people signals the very traits we have not yet fully developed.

So I encourage men and women to openly embrace their gender conflicts! I encourage them to explore the full range of their sexuality and consider other outlets of sexual release — transducing sexual energy into productive energy.

In the process, perhaps we can also redefine our notion of human desirability. Sex will always define us to an extent — we cannot help but to measure people based on their sexual allure. But as we expand our sexuality, we may also broaden the range of traits we find desirable in others. Creating altogether, a more gender balanced society…

My Addiction Recovery Ezines and Quotations are at My Etsy Store

I have taken all the posts since 2004 about 4 topics and created an easy to access ezine for each topic. I have explained each above. You will love them.

Check out my ezines and quotations at https://www.etsy.com/shop/KathyBermanEzines?ref=seller-platform-mcnav

The quotations are 5 pages for $5.00. They make meaningful addiction recovery birthday gifts.

“Before you can live a part of you has to die. You have to let go of what could have been, how you should have acted and what you wish you would have said differently. You have to accept that you can’t change the past experiences, opinions of others at that moment in time or outcomes from their choices or yours. When you finally recognize that truth then you will understand the true meaning of forgiveness of yourself and others. From this point you will finally be free.”          Shannon L. Alder