After 37+ Years of Recovery, I Still Feel the Judgment When I Mention I am in Recovery 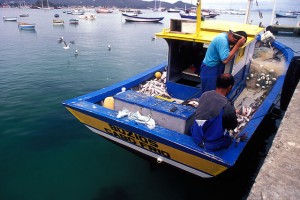 Because I have such a large presence on social media. I rarely meet people who don’t know I am in recovery. I have always believed in putting that out there–that I am in recovery from alcoholism (and others). I figure I may be the only recovering person that they ever meet.

But there is generally a slight judgment reaction from my new acquaintance. I pretend I didn’t notice and talk about something else. If they have questions, I am happy to share. But I know God is in the rescue business and not me.

From Tired of Thinking About Drinking:

“this is a sober hurdle that everyone has to face: being worried about what other people think”

I make a very good cinnamon raisin bagel. I can talk to anyone — seat me beside your irritating aunt at the wedding reception and we’ll be fast friends. I’m good at building community. I have a strange sixth sense that knows what people are trying to say before they’ve figured out how to articulate it. I can often (quickly) put language to things that are hard to describe, and then someone will say “yeah, that’s it exactly.”

I am self-disciplined. I’m self-employed and i get shit done. Like lots of boozers, i had a crappy kidhood, and felt ‘broken’ for a very long time, until i met my husband, and got some unconditional love in my gas tank. I am mostly happily married except when my husband is grumpy with me for 3 days, but it will blow over, and he may never tell me what i ‘did wrong’ and it won’t really matter.

Here are the things that I suck at:

I’m not great with real, loud anger. I grew up in a pretty wacky angry home, both of my parents are cranky, and there was some third-party domestic violence thrown in for good measure. In my adult life, i’m pretty good at verbal confrontation and I can stand my ground, but assoon as someone is ANGRY or there looks like there might be yelling, then i start to have an anxiety reaction. I think i equate a lot of yelling with violence, and expect it to escalate. I’d never get out of my car and argue with another driver, i’d be afraid of being hit.

My first defense would be to stop the conversation, agree with whatever they’re saying just so that the conversation will end and i can get away and then re-open the conversation again from a better distance (by phone, by email), or just cooled down the next day.  If I get yelled at on the subway, I would get off the train rather than yell back.

Now, in doing this Team 100 thing, and being sober penpals with some jesus large number of people (174), i realize that i have often anticipated anger.  Sober people come with baggage, right? But so far, really without exception, everyone i’ve been penpals with has been kind and respectful and generous and lovely. There’s an occasional temper tantrum (“But I WANT to”), but i know that that’s Wolfie talking, not the person writing. I know when I’m hearing wolfie even if they don’t know wolfie is speaking.

and i guess I’m not afraid of wolfie because i’ve slowly learned that he’s a bully. He’s full of a lot of hot air.  He’s a gigantic liar. He’s a shit, and I just don’t engage with shits in my life. I really don’t.  I don’t engage. I nod and then move on. If you email me about your wolfie voice, i’ll probably say something kind (“tell him you’ll drink at the end of 100 days” or “get yourself a treat” or “go to bed as soon as possible”), and occasionally i might suggest that you yell at him (“tell him to fuck off, and leave nice girls alone.”)

And as this Team 100 things grows — and it is growing — I’m amazed at what the simple act of emailing can do.

Over the past year I’ve unconsciously phased out my Job #2, The baking and catering has increased, job #1 putters along, and i’ve been doing the sober blogging-emailing-thang, and so i’ve just let job #2 fade out.

I’ve talked to my business coach. and i’m looking at ways of adding a small-group coaching thingy to this blog, to provide another level of connection that would be in addition to the sober penpal thingy.

I’m not afraid of wolfie, but I am — in anticipation — weary of conversations that put recovery and money in the same sentence, Comments of 12th step work. Why is it this? What exactly is my problem?

Some days I feel ready to wade in with “who wants to come and hang out over here in this new treehouse” and other days I think “oh god belle, the emails, the comments, the online recovery trolls will come over here and say thou shalt not … “

or maybe it’s just a good old fashioned case of “who do you think you are.”

so while I can sing in tune, and i can type 130 wpm, and i am NOT afraid of Wolfie, and i have nice hair, and i have an education degree, and i actually have developed and taught a self-discipline and motivation workshop … I am quite nervous of what I — perhaps incorrectly — perceive to be the dogma-backlash to announcing a new group coaching thing.

So i’m doing this, I’m posting this instead. Yes, I agree, this is kind of lame.  It’s like i’m asking for encouragement, when in fact I’m trying to sort out what I think and how i feel, and i do that through blogging. forgive the self-indulgence.

This is a sober hurdle that everyone has to face: being worried about what other people think. I need to take some of my own advice (you see, i’m really writing this blog as a message to myself). And my advice would be:  fuck em. do your thing. be tough.

And then I’d pull me aside, and I’d put my arm around me, and I’d say, “look, your sisters may not like you very much anymore. But not everyone is like your sisters. Not everyone is out to judge you. Not everyone is hurt that you left home and moved away and never came back, that you got out and made a different kind of (happier) life for yourself. Not everyone is closed off to growth and change. Not everyone is your mean, rigid, fearful family. Your sister might not return your phone calls because “she’s busy,” but all you’ve got to do is turn 12 degrees to the right and call someone else. This new sober work isn’t about your family. Not everything has to be a reaction to your crappy family.””