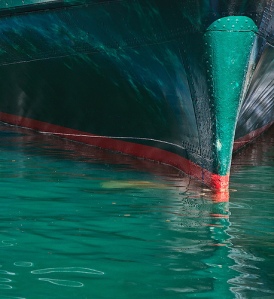 Transactional Analysis (or TA as it is often called) is a model of people and relationships that was developed during the 1960s by Dr. Eric Berne. It is based on two notions, first that we have three parts or ‘ego-states’ to our ‘personality, and secondly that these converse with one another in ‘transactions’ (hence the name). TA is a very common model used in therapy and there is a great deal written about it.

We each have internal models of parents, children and also adults, and we play these roles with one another in our relationships. We even do it with ourselves, in our internal conversations.

There are two forms of Parent we can play.

The Nurturing Parent is caring and concerned and often may appear as a mother-figure (though men can play it too). They seek to keep the Child contented, offering a safe haven and unconditional love to calm the Child’s troubles.

The Controlling (or Critical) Parent, on the other hand, tries to make the Child do as the parent wants them to do, perhaps transferring values or beliefs or helping the Child to understand and live in society. They may also have negative intent, using the Child as a whipping-boy or worse.

the Adult in us is the ‘grown up’ rational person who talks reasonably and assertively, neither trying to control nor reacting aggressively towards others. The Adult is comfortable with themself and is, for many of us, our ‘ideal self’.

There are three types of Child we can play.

The Natural Child is largely un-self-aware and is characterized by the non-speech noises they make (yahoo, whee, etc.). They like playing and are open and vulnerable.

The cutely-named Little Professor is the curious and exploring Child who is always trying out new stuff (often much to their Controlling Parent’s annoyance). Together with the Natural Child they make up the Free Child.

The Adaptive Child reacts to the world around them, either changing themselves to fit in or rebelling against the forces they feel.

When two people communicate, each exchange is a transaction. Many of our problems come from transactions which are unsuccessful.

Parents naturally speak to Children, as this is their role as a parent. They can talk with other Parents and Adults, although the subject still may be about the children.

We also play many games between these positions, and there are rituals from greetings to whole conversations (such as the weather) where we take different positions for different events. These are often ‘pre-recorded’ as scripts we just play out. They give us a sense of control and identity and reassure us that all is still well in the world. Other games can be negative and destructive and we play them more out of sense of habit and addiction than constructive pleasure.

Complementary transactions occur when both people are at the same level (Parent talking to Parent, etc.). Here, both are often thinking in the same way and communication is easier. Problems usually occur inCrossed transactions, where each is talking to a different level.

The parent is either nurturing or controlling, and often speaks to the child, who is either adaptive or ‘natural’ in their response. When both people talk as a Parent to the other’s Child, their wires get crossed and conflict results.

The ideal line of communication is the mature and rational Adult-Adult relationship.

Being a Controlling Parent invites the other person into a Child state where they may conform with your demands. There is also a risk that they will be an Adaptive ‘naughty child’ and rebel. They may also take opposing Parent or Adult states.

Be a Nurturing Parent or talking at the same level as the other person acts to create trust.

Watch out for crossed wires. This is where conflict arises. When it happens, first go to the state that the other person is in to talk at the same level.

For rational conversation, move yourself and the other person to the Adult level.