The Basic Books About Transactional Analysis 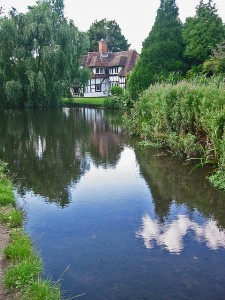 The introduction and/or creation of transactional analysis came from Eric Berne. His book is:

“Forty years ago, Games People Play revolutionized our understanding of what really goes on during our most basic social interactions. More than five million copies later, Dr. Eric Berne’s classic is as astonishing–and revealing–as it was on the day it was first published. This anniversary edition features a new introduction by Dr. James R. Allen, president of the International Transactional Analysis Association, and Kurt Vonnegut’s brilliant Life magazine review from 1965.”

“We play games all the time–sexual games, marital games, power games with our bosses, and competitive games with our friends. Detailing status contests like “Martini” (I know a better way), to lethal couples combat like “If It Weren’t For You” and “Uproar,” to flirtation favorites like “The Stocking Game” and “Let’s You and Him Fight,” Dr. Berne exposes the secret ploys and unconscious maneuvers that rule our intimate lives.”

Explosive when it first appeared, Games People Play is now widely recognized as the most original and influential popular psychology book of our time. It’s as powerful and eye-opening as ever.

“The most lucid account of the patterns of problem drinkers ever set down in a book!”

“His approach is the single most useful tool for dealing with alcoholism since A.A. and the Twelve Steps, and offers the first real help — and hope — for problem drinkers and their families.”

“Transactional Analysis delineates three observable ego-states (Parent, Adult, and Child) as the basis for the content and quality of interpersonal communication.”

“Happy childhood” notwithstanding, says Harris, most of us are living out the Not ok feelings of a defenseless child, dependent on ok others (parents) for stroking and caring. ”

At some stage early in our lives we adopt a “position” about ourselves and others that determines how we feel about everything we do. And for a huge portion of the population, that position is “I’m Not OK — You’re OK.”

“This negative “life position,” shared by successful and unsuccessful people alike, contaminates our rational Adult capabilities, leaving us vulnerable to inappropriate emotional reactions of our Child and uncritically learned behavior programmed into our Parent. By exploring the structure of our personalities and understanding old decisions, Harris believes we can find the freedom to change our lives.”

(4) Born to Win by Muriel James And Dorothy Jongeward

“A national bestseller in 1971, Born to Win still sells thousands of copies each year. The insights in the book are now fundamental to how we see ourselves. It was one of the first self-help books to analyze communication styles and its 50 gestalt exercises are as revealing as ever about the roles people reenact in their Parent and Child ego states.”