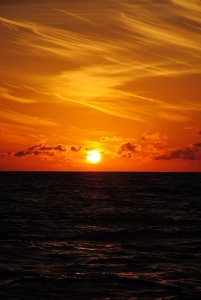 The following definition of the serenity prayer is taken from Wikipedia–

“The Serenity Prayer is the common name for an originally untitled prayer written by the theologian Reinhold Niebuhr in the 1930s or early 1940s.

Elisabeth Sifton’s book The Serenity Prayer (2003) quotes this version as the authentic original:

The earliest verifiable printed texts so far discovered are an approximate version (apparently quoted from memory) in a query in the “Queries and Answers” column in The New York Times Book Review, July 12, 1942, p. 23, which asks for the author of the quotation; and a reply in the same column in the issue for August 2, 1942, p. 19, where the quotation is attributed to Niebuhr and an unidentified printed text is quoted as follows:

“O God and Heavenly Father,
Grant to us the serenity of mind to accept that which cannot be changed; the courage to change that which can be changed, and the wisdom to know the one from the other, through Jesus Christ our Lord, Amen.”

1.  From Through an Al-Anon Filter: “Acceptance”:

“So, back to the train station of our minds – we can stand back from the platform’s edge, and watch the trains come in – where’s this one going?  High-speed train to anger and frustration, no stops along the way; think I’ll wait for a later one. Here comes a poky old steam train going to serenity and peace, with many stops to allow others to board, takes a scenic route – this train I’m going to ride.”

” I know that for me, I must find peace and serenity (especially in the face of difficulties and challenges/opportunities).  I didn’t come to A.A. to be miserable, I came because I already was miserable.  If I were still miserable, I’d more than likely find myself drinking and drugging again.  It has been years (thank God) since I’ve come to meetings in order to avoid drinking or drugging.  Now I come to meetings to maintain some sense of balance and serenity in my life.”

“Today, I ask God for guidance in all I do, try to see His Grace in my life and then live it out.  I’ll ask again later and probably again after that because I am a “slow learner and a fast forgetter.”  Today I know God is with me, through the Holy Spirit, through the people I encounter and in the Steps of Alcoholics Anonymous.  I merely need to remain open to His will, willing to do it and honest about myself and my motives.”

3.  From Being Sober: “Sunday Morning Meeting”:

“Someone else later in my sobriety told me something I have never heard anyone else say.  That it is not only important to do the right thing, but also to give the appearance of doing the right thing.  It sounded crazy until I really considered what that meant.””In the above case – it is not only important to BE sober, but it is important to have my life LOOK like I am sober.  I can’t inspire the trust of my friends and relatives if I am still acting like a nut.  I shouldn’t make my friends and family worry about my sanity or sobriety if I can help it, unless it is appropriate that they worry”.”So, it is important to me that I do things like make my bed every morning.  That I do the dishes as soon as the meal is over.  That I pay my bills on time.  That I keep my car maintained and clean.  That I look as good as I can every day”.

“I used to say that I never stole anything – then I realized that when I was drinking I had stolen my family’s peace of mind.  I try to make sure I never do that again – at least not needlessly.””It is a gift from God to be sober.  I need to appreciate that every day.  The best way to show my gratitude is with a little bit of care and feeding.”